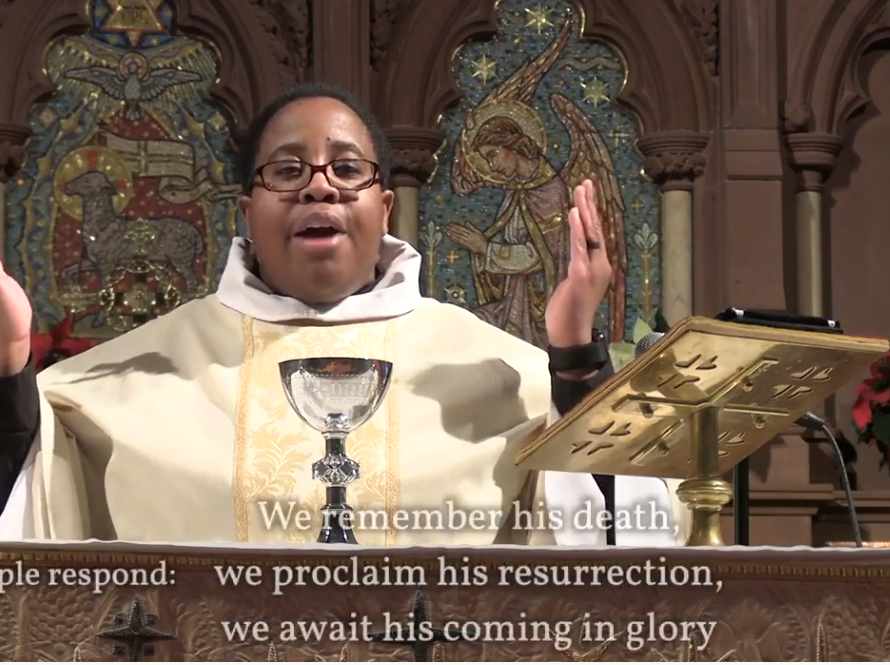 On July 1, 2020, Trinity’s Vestry voted unanimously to call the Rev. Dorothella Littlepage to be Trinity’s thirteenth rector. She accepted the call, and began her ministry among us on September 14, 2020. “Dee,” as she is called, joins Trinity after having served for five years as the Director of Roxbury-Dorchester Power in Community, a collective founded by three Episcopal Parishes and the Diocese of Massachusetts. Prior to this role, she served for four years as a Priest in Urban Episcopal Congregations in the Greater Boston Area. When asked to give a four-word summary of what God is calling her to do she said, “magnify holiness on margins.” Her journey to this ministry has been formed by, among other communities, Virginia Theological Seminary where she earned a Master of Divinity degree, and Spelman College where she earned a B.A. and B.S. Dee is blessed to journey through life with her wife Kristen and their dog Caleb. They live in West Hartford.

Get to know us